With 30+ years of experience, Zoraya utilizes her expertise in the areas of Marketing and Communications to help organizations accomplish their marketing and resource goals.

Zoraya is the President/CEO of RayZo, Inc. and has assembled a team of highly talented professionals in web development, creative design, branding, marketing, communications, proposal writing, and project management. Since its founding in March 2003, RayZo’s client roster has consistently grown to include corporations, government entities, small businesses, and large non-profit organizations.

Zoraya began her career in the non-profit industry when she joined the senior staff at the Urban League of Essex County, in 1993 after earning an MBA from Rutgers Business School.  She worked in several senior staff positions and when the CEO retired, she served as Interim CEO before accepting a position as a member of the Extended Cabinet of the National Urban League in 1999.

While at the National Urban League, Zoraya was the Director of Economic Self-Sufficiency and Technology Initiatives.  Her work at the National Urban League included identifying and addressing the technological and economic development needs of NUL’s constituents at affiliates across the country and as an advocate in Washington, DC.   She was responsible for successful program delivery, fund development, effective management of budgets and timetables, and creating sustainable community partnerships between funders, the NUL, and local Urban League affiliates.

Zoraya delivered testimony on the “Digital Divide” to the National Foundation for Women Legislators in Washington DC, which was used to develop model legislation for adoption by state legislators.  Among other accomplishments, Zoraya led the win on a $2.7 million software grant from Microsoft Corporation and a $1.5 million renewal grant from the Prudential Foundation. The grants were used to uniform the technological capacity of over 100 Urban League affiliates.  Using these funds, she was credited with building over 70 computer laboratories and training centers at over 65 Urban League affiliates throughout the country within a 15-month timespan.

Zoraya served as President and Chief Executive Officer for the Urban League of Essex County in Newark, NJ before joining the National Urban League. Among her many accomplishments at that local affiliate, she implemented successful media relations and marketing plans, executed profitable fundraisers, chaired the Strategic Planning Committee, designed data-collection procedures and implemented a client tracking system.

At RayZo, Inc., Zoraya typically works with CEO’s and c-suite executives of small businesses, government offices, corporations and large non-profit organizations. Most of RayZo’s clients initially hire RayZo for a specific project, but subsequently continue to use its services after experiencing positive results.

Because of her extensive background with urban communities, Zoraya is often noted for her commitment to serving families and children of color.   Zoraya has a special fondness for working with charities that meet the needs of underserved communities.  As a result she has developed successful fundraising campaings that ultimately help many families.

Some notable highlights for Zoraya, include

Zoraya has served as a member of the Board of Directors for La Casa de Don Pedro since 1995, and was its first woman to serve as Board President since La Casa’s founding in 1974.   She was in that role for 10 years from 2002 to 2012.  La Casa is the largest community development corporation serving the Latino population in New Jersey and serves as a model for many other community development corporations. Currently, she is a member of its Resource Development Committee as well as a Board Member.

Zoraya is a graduate of Rutgers Business School and earned a Master’s Degree in Business Administration in May of 1993. While at business school, she was the Treasurer for the Rutgers Hispanic MBA Association and Director of Speaker Selection for the Rutgers Black MBA Association. She has served on the Board of the National Gathering for Social Entrepreneurs (now known as The Social Enterprise Alliance), the Essex County Workforce Investment Board, and the Newark Mayor’s Office of Employment & Training Board.

Zoraya hails from Monmouth County, NJ, but has been an Essex County resident for over 30 years. In her spare time, she enjoys family activities with her two children, Ray, Jr. and Asia, and golfing and traveling with her husband of 30 years, Raymond L. Hamlin, Esq.

Proudly, the RayZo is a part of the hard-working NFL Alumni team and we recently launched the main website, several …
Read More 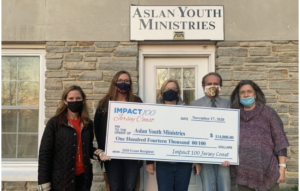 On November 2020, IMPACT 100  announced the winners of their grant awards. Proudly, Aslan Youth Ministries was the recipient of the Education award …
Read More 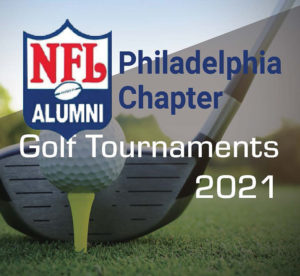 The NFL Alumni – Philadelphia Chapter is launching its golf fundraising calendar of events for 2021.  RayZo is providing planning …
Read More